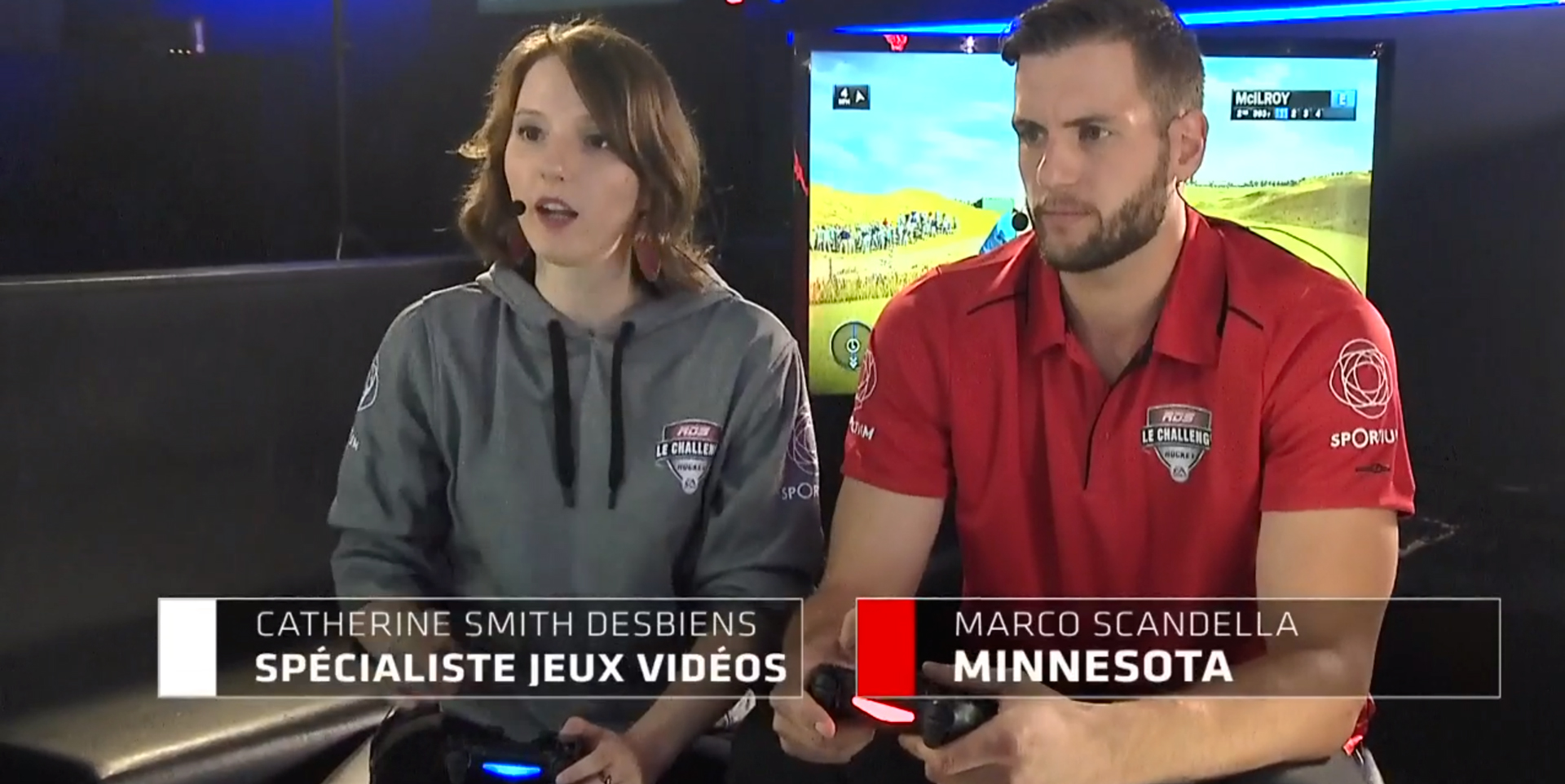 Girls on Games on the Challenge hockey RDS EA Sports

I was invited to take part in a show mixing sports and esports: Le Challenge hockey RDS EA Sports! NHL Hockey players were invited to participate in an NHL 2016 tournament to see if they could perform as well on the digital ice rink. The winner will be awarded $20,000 for the charity of his choice. The participants are:

This is RDS’ first dabble into including video games as part of their regular programming. We’re hopeful that this could lead to esports coverage on large scale networks like RDS and TSN. UPDATE: it did!

I was on site along with Radio Talbot’s Jean Bart to help the players master the game but also make them discover other games by EA including Madden, UFC, Need For Speed and FIFA.

The Challenge’s broadcast schedule and clips of the show for you to enjoy are all availabe on RDS.ca

Your Guide to Montreal's Gaming Conventions, Events and Competitions